Home Resources African Americans in Oldtime: 10 Resources for Learning the History of the... 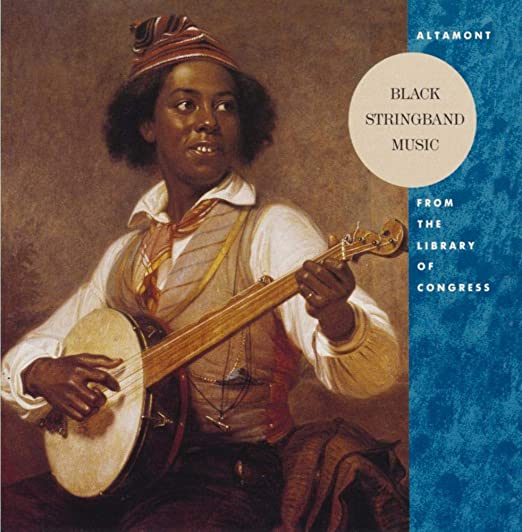 Here at Oldtime Central, we recognize that the music we all love wouldn’t exist without the immense contributions of African American musicians. We celebrate these contributions – they’re a huge part of what makes the music great! We wanted to provide a few resources for oldtime musicians wanting to educate themselves on what those contributions have looked like. There is SO MUCH good material out there on the history of the music, but here are ten books, CDs, and articles that we recommend to get you started.

For the books and CDs, we’ve included links to the publisher or to Amazon, but we encourage you to purchase them from whatever source you’d like to support.

Banjo Roots and Branches is a great place to start for the oldtime musician interested in learning the history of the banjo. Many of us have a vague idea that the banjo ‘comes from Africa’, but the actual history is much more complicated and much richer than that.

READ: The (Mis)Representation of African American Music: The Role of the Fiddle (Article)

While Banjo Roots and Branches is a good place to start learning about the banjo, the influence of African American musicians was not limited to that instrument alone. African American fiddlers and fiddling are vastly under-represented in our overall understanding of the evolution of the music. This article by Jacqueline Cogdell Djedje, published in the Journal of the Society for American Music, tackles those misrepresentations and provides the reader with a good historical overview.

Altamont is a compilation of music by the African American duo Frazier and Patterson, as well as the trio Gribble, York, and Lusk. It’s a great place to start listening to and learning excellent tunes in African American stringband music.

READ: The Creolization of American Culture: William Sidney Mount and the Roots of Blackface Minstrelsy (Book)

At one level, this book is an in-depth look into the painter William Sidney Mount around the time of the birth of blackface minstrelsy. At another it is an utterly fascinating window into the multi-ethnic, commercial, urban-rural roots and tributaries that have flowed through American vernacular music since its very beginnings.

Available through Smithsonian Folkways, this excellent collection of 32 recordings serves as a great compilation of African American voices in oldtime music throughout its history. We highly recommend purchasing the album, if just to gain access to the musician biographies, song lyrics, and liner notes that are included.

We chose this video as an introduction to her work, but choosing was difficult – Rhiannon Giddens has such a great volume of work! From her time with the Carolina Chocolate Drops, to TED talks, interviews, NPR Tiny Desk Concerts, solo albums, her keynote address at Folk Alliance, the list goes on and on. Rhiannon Giddens masterfully weaves the history of the music into her work, and if you’re not familiar with her then we recommend getting caught up. This is a rabbit hole you won’t regret going down.

If you enjoyed the music of Altamont and are interested in learning more about the music of Middle Tennessee, Linda L. Henry has done an excellent job putting together a compilation of the music of Gribble, York, and Lusk, as well as 1964 recordings of John Lusk and his son. The site also includes an essay on the history of Lusk and his band.

This LP from Old Hat Records is, as the title suggests, a compilation of early phonograph recordings of African American fiddlers. It’s an excellent collection, but it is only available as an LP, so you’ll need a record player. It also comes with a booklet full of history and photos.

Even if you don’t have a record player, you can follow this link for a short overview from Old Hat Records of the history of African American fiddlers and the American recording industry.

A very well done episode of the short 1619 podcast about the history of African American music in America. It’s a short overview, to be sure, but it touches on fiddle and banjo music and minstrelsy in the larger context of American musical history, and is a good starting point for those who prefer podcasts to other forms of media.

This book, written by Laurent Dubois and published by the Harvard University Press, is another book that traces the history of the modern banjo. Although the conclusions it reaches diverge from those in Winans’ Banjo Roots and Branches, it’s well worth reading to gain a better glimpse into the debates that remain alive today.

So You Want to Learn the Mandolin: Online Resources for the Neophyte

Paul Kirk: Tune of the Week

Take it slow: tools to slow down recordings