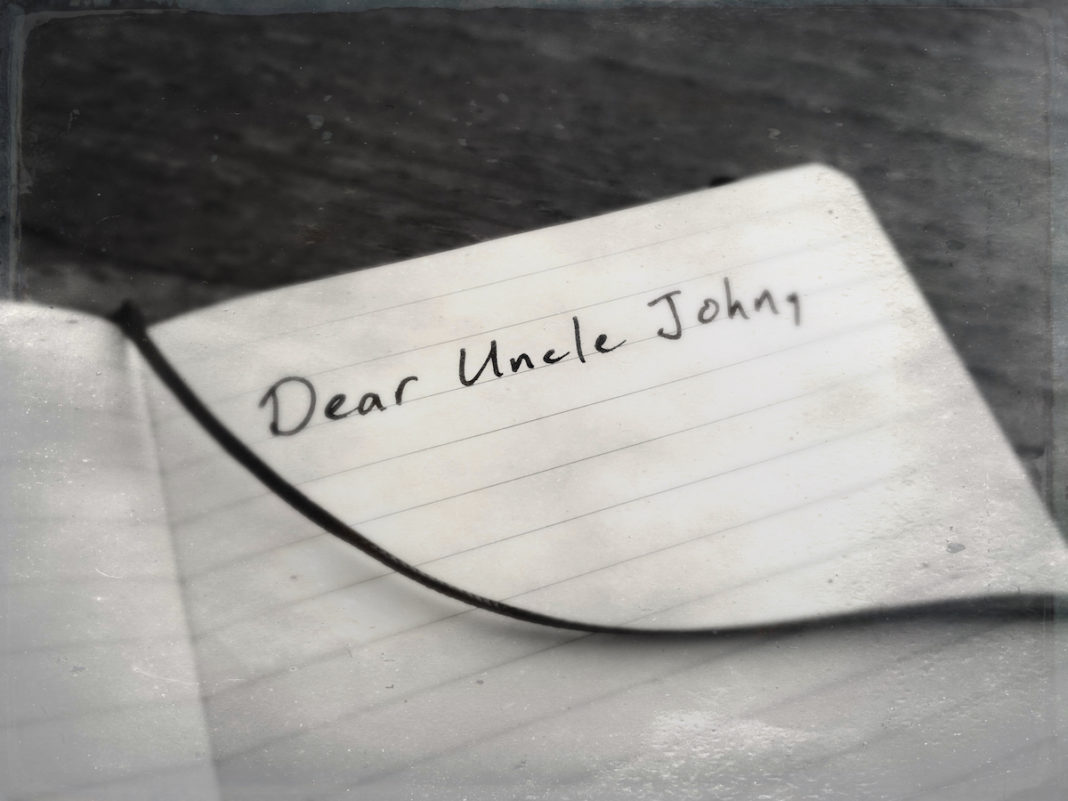 In this column, readers write in to query the oldtime wisdom of Uncle John. You might not always like his answers, but he always gives it to you straight – or crooked, as the situation requires. Write in and read on!

My G string broke during a jam. It was so embarrassing. Everyone was looking at me. I’m not sure if I can ever go back there again. Help!

Uncle John: Can’t say that’s ever happened to me, but it sounds right uncomfortable. I reckon you were working that G-string pretty hard, huh? Old-Time Etiquette would normally require one to step aside for a moment, remove the broken apparatus, and slip on a replacement. Often this involves a fair amount of adjustment before the new string sits right, although I’m told a slotted peg actually makes this part easier. Make sure the string is correctly “seated” before you cinch it up tight, in order to avoid damaging the instrument. This should really only take a few minutes, and then you can return to the jam refreshed at ready to go. As far as the embarrassment factor, I wouldn’t worry too much about that. Chances are the folks in your jam aren’t particularly bothered by a snapped G-string, as long as it doesn’t hit anybody in the eye.

A member of our jam played a new song last week with black southern patois for the pronunciation of the lyrics. It made me super uncomfortable. Should I say something or is this just part of the folk process?

Uncle John: The thing about your “folks” is that they’re always processing one thing or another. Not much you can do about that. But I will say this: better a patois than a paté. Besides, in my view, a fellow can sing pretty much ever how he wants to, so long as it suits the music and is not executed in blackface. That’s sort of where I draw the line. Other than that, though, it’s really more the spirit of the thing than the particular accent. Did your individual there sing from a place of profound reverence and devotion to the Gospel of Old Time? Or did you detect a note of irony? Maybe that diminished third in the B-part? Then it’s time to make a stand.

There’s a guitar player at our jam who’s constantly playing 4’s and minors where they just don’t belong. We’re playing oldtime here, not some contemporary Christian pop. Jesus! What can I do?

Uncle John: I’d refer this matter to the fiddle player, assuming that’s who’s calling the tunes. What do they want? If the fiddle player doesn’t object to the flash-flood of minors and 4’s, then I reckon you’ll have to ride the tonal debris on downstream as best you can. If experience is any indication, however, your rogue guitar player, like many a rambunctious blue-tick before him, will eventually get tired and realize it’s just not worth the trouble of jumping all over the fretboard and such. Keep at it. Wear ’em down. I guarantee in a couple of months you’ll have a docile familiar who’s grateful just to hang out on the 1-chord for an entire tune.

Readers, if you have a question you’d like to ask Uncle John, please write in and we will tap his earthy wisdom.