I met Chris through the kind of serendipity + hospitality that has characterized most all of my experience in the oldtime community. Chris was in Germany touring with The Fugitives, a band he’s played banjo with for many years. Knowing he was going to be in Berlin, he did a search for “old time berlin” and got in contact with a square and contra dance caller those of us in the Berlin oldtime scene have played with many times in recent years. In truth, Chris was just looking for tunes between gigs with the band. The caller, Hans Krakau, sent him on to me. An oldtime player coming to town? Sure, let’s do it.

Chris rang at my apartment on a sunny September Tuesday and joined my wife and me for a long, philosophical lunch that had the distinct feeling of meeting a long-lost friend I’d never met before. Chris was extremely warm and a patient listener. We talked a fair amount about music and oldtime, but even more about spirituality, monasteries, and value of anger in our lives. It was pretty deep conversation having just met the guy an hour ago!

Back at our apartment, we were joined by another fiddler from the Berlin oldtime scene and jammed for while before setting up the camera and doing the video. It was great fun playing with Chris. He was so creative and lively in his playing, listening and responding to the rest of us with ease and playfulness. Where had this guy been all my life?

As I would later find out, music has been a huge part of Chris’ life. He plays banjo, fiddle, organ and piano as well as the Chinese zithers guzheng and guqin. He’s played in the Vancouver-based bands Whiskeyjar, Shout! White Dragon, and Lily Come Down. He’s been very active in the oldtime scene for years, both playing and teaching workshops. And he’s long been active as a choir director and organist at his church Holy Family Parish. 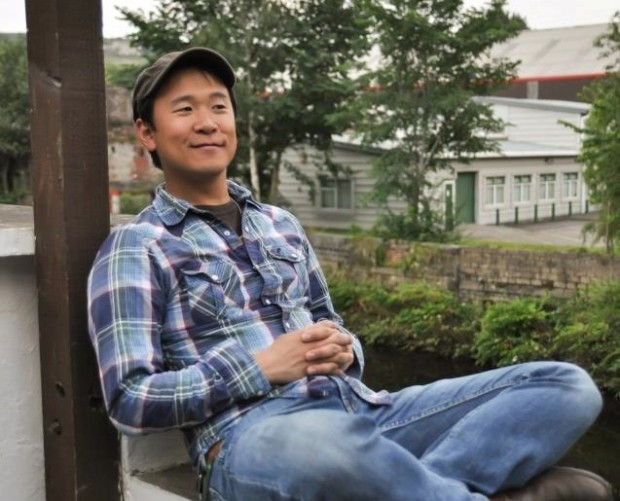 Here’s what Chris had to say himself:

“I grew up singing and playing piano as a kid, and my family life has always been full of music. I picked up guitar in university and shortly after discovered old time music with my closest friends, but I didn’t start playing it seriously till after the banjo found me in 2004. Serendipity led me deeper into the oldtime community around the Pacific Northwest in Canada and the States in the following years, and it likewise led me to pick up the fiddle in 2008. For most of the last decade, I have played monthly dances, hosted jams, taught banjo, and toured as the banjo player in different bands across Canada and Europe, though my most comfortable home habitat is playing tunes outside with friends. I’m also a cantor and director of choral music, and am now pursuing a life of spirituality in Ireland.”