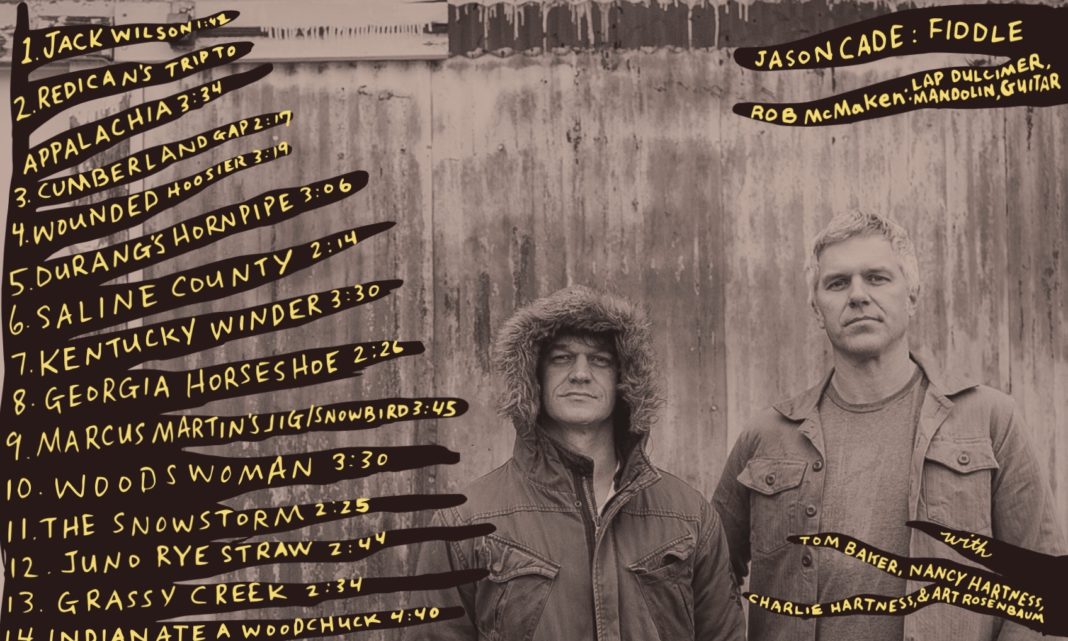 There is something inherently magical about being invited into someone’s parlor only to be inundated with sound, spectacle and joy. One may walk in, grab a hot drink and sit nearby inadvertently tapping a foot or catching a hip swaying back and forth in rhythm with the music flowing from the den. The sounds are familiar but foreign, some even archaic with such nuance and grace a chill may run up the spine. Whatever device linked to the outside world is suddenly irrelevant and could be cast aside. The feeling in the air is of something pure and tactile. It’s uncommon, it’s whimsical, it may even be fanciful, but these situations do happen to the lucky ones, or rather, the ones that put themselves into such situations. Those that haven’t yet had this fortune are however allowed a glimpse through Hog-Eyed Man’s fourth release, in as many years, Old World Music of the Southern Appalachians.

I’ll dive into the personal touches and atmosphere of the album shortly, but first I have to talk about the track listing – it’s wonderful. These tunes and song sound like they were pulled from the earth in a time capsule laid there by the fiddlers from the past who were trying to hide something. I looked back on the three prior releases from Jason Cade and Rob McMaken and I can say I am more familiar than not with their previous endeavors. This one had me reeling back and forth wondering where these came from and where I could find sources. Fortunately, the duo took an incredible amount of care in writing liner notes that include sources, ideas, tunings, and giving every credit where the credit was due. It made the listening experience joyful to be able to read along and get into their mindset as well. Stand out tracks include “Durang’s Hornpipe”, “Wounded Hoosier” and “The Snowstorm”. Also, I will be learning their iterations of “Georgia Horseshoe” and “Old Time Grey Eagle” and taking them to my jam circles.

This is a good chance to move on to the feeling this album provides. Old World Music of the Southern Appalachians provides the listener with an intimate yet never sparse experience. The Athen’s based pair Jason Cade (fiddle) and Rob McMaken ( lap dulcimer, mandolin, guitar) have definitely learned a thing or two from their engineer Andrew Reissiger about recording the group sound. According to the liner notes, they used a Blumlein configuration of two ribbon mics in order to create the sound they captured. The musicians sit around in a circle at different intervals with the mics in the middle. I really like how the liner notes include diagrams of this recording process. The mix recorded this way seemingly provides that rich, organic sound that is missing from so many recordings in this genre. I get the feeling that I’ve been invited into something intimate and completely real. It reminds me of the first time I went to an old-time jam. I can almost picture the smiles and camaraderie as a foot stomp makes its way through the recording, or a subtle cue to move to the next section arrives in a tune. This album, according to the creators, was not edited in any way other than mastering. These tracks were recorded as they are heard.

The skill set at hand here is apparent to me and Rob and Jason should be commended. As should their accompaniment for a good portion of this album: Tom Baker (banjo), Nancy Hartness (guitar), Charlie Hartness (uke), Art Rosenbaum (banjo/vocals), and Andrew Reissiger (credited with percussion but also the recording engineer and mastering guru). There was plenty of care and understanding of the source material, and it does show throughout the record. This record never jumps out and grabs the listener; it lulls you in with integrity and honesty. The clarity of mind and natural recording process reflects this as well. Not in any way a judgment of craftsmanship or talent, but I believe this album could have benefited from some culling. With most tunes coming in under the three and a half minute mark, I would have liked to hear the tracks breath for a little while longer resulting in a shorter but more focused and manicured track listing.

I’ve enjoyed the fourth outing from Hog-Eyed Man and it left me wanting more from the project. I hope they keep diving into the antique, unique and archaic that the mountains I call home have to offer. If folks want to grab a copy of Old World Music of the Southern Appalachians for themselves, and I recommend you do, you can pick it up at Old Time Tiki Parlour who also released this album. Hog-Eyed Man’s website is full of resources as well as stories to how they got to where they are, other reviews and videos and links to their previous three outings.