My journey as a musician has been a long one, since I started playing violin when I was about 6 years old! My parents always had music going on in the house-my mom played violin and the piano, and we heard a lot of the music of Pete Seeger growing up. Pete’s music was the gateway to my (and many other people’s) traditional music life. My grandmother, Violet Bloomgarden, was a lovely singer too and we all sang together a lot (me and my 3 siblings!).

My violin teacher was Miss Louise Behrand, who first brought the Suzuki method to America. I was one of her first group of little ones who learned to play violin by ear with this method. This was a perfect fit for me and my “intuitive” learning style, and gave me the ear training, basic technique, musicality and rhythmic grounding that has made me the traditional style musician and teacher that I am today. I never was a classical violinist. In fact, when in any kind of orchestra, I usually “faked” reading the written music having learned the piece by ear!

I started playing traditional-style music while in junior high school in Connecticut. At that time, my brothers John and Larry were into playing guitar, so there was a lot of Doc Watson, Jerry Garcia and Django Reinhardt music being played all the time at home. My older sister, Suzy Thompson, was into bluegrass and old time fiddling, so we also had a lot of the music from The Stanley Brothers, Bill Monroe, Kenny Baker, Vassar Clements, Peter Rowan, Old and In the Way, The Osborn Brothers, Jim and Jesse playing in our house too! !   I was very lucky to get to hear and meet these living masters up close and personal at concerts and festivals throughout my high school years. Naturally, I started playing fiddle music and my mom took me to the Bristol Old Time Fiddlers Club where I was encouraged to play and got to hear a lot of great fiddlers from the Québécois and French Canadian tradition. Soon, I was going to fiddle contests in New England (Hartford, Craftsbury Common, VT, and Blanford MA), and to festivals throughout the North East (Fox Hollow, Green Mountain Bluegrass Festival, Berkshire Mountain Bluegrass Festival). I eventually formed my very own bluegrass/old time band in high school called Mint Julep. At that time, I learned from and played with “older generation” traditional fiddlers in New England – Leo Beaudoin, Willis Edgerton – who learned from their families and who were delighted to share their music with me (and keep an eye on me at the festivals and fiddle contests). I entered the New England Fiddle Contest and placed 3rd in the Junior contest! I also got to meet and hear The Highwoods Stringband which really set me off on my old time journey. That was really the start of it all. I loved the people, the music, the jamming, the community and the performing!

My travels to California for college introduced me to many other wonderful musicians and styles of music including Celtic music. I got to see Boys of the Lough featuring Aly Bain’s fine Shetland fiddling and I also listened to other Irish trad folk bands and musicians. At this time, I was introduced to and got to play with Hank Bradley and Jody Stecher – two amazing musicians whose own original tunes and originality in their styles inspired me to be “me” and to be open to creating original music in the old time style. I have always made up melodies, and I am proud to say that two of my tunes (Too Late for the Bacon and Red Hen) have won the prestigious prize for Best Original Tune at the Clifftop Appalachian Stringband Festival in West Virginia. I recently released a CD of all my own original tunes and songs, called Out of Thin Air, Volume 1. Volume 2 is in the works! 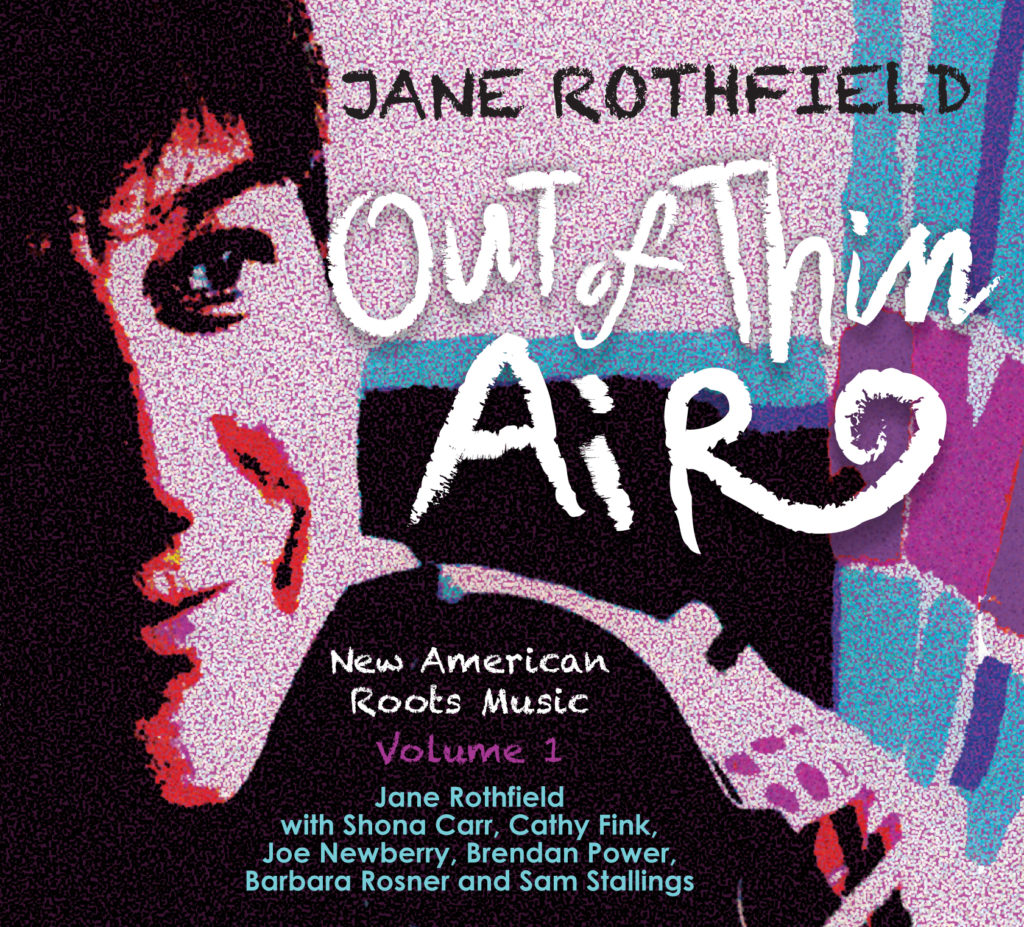 While in California, I started playing clawhammer banjo and was inspired by old recordings and also playing with great players such as Cathy Fink, Sara Grey, Al Hart, Dave Leddel, Steve Parker and Eddie Lowe (nephew of Charlie Lowe from North Carolina). I also played in an all-woman stringband called Old Mother Logo, taught the first old time fiddle classes at McCabe’s in Santa Monica and was delighted to win the Santa Barbara Fiddle Contest where I played Little Billy Wilson! Fun days for sure. California was and still is a hotbed of great music and people.

A junior year abroad brought me to Aberdeen, Scotland where I met an amazing Scots traditional singer and guitarist, Allan Carr. We have been together ever since! I got to meet and play a lot with great Scottish musicians and singers. After I was done with college, we moved to Edinburgh, Scotland and got busy touring and recording. Edinburgh was a hotbed of music at that time, with many bands pushing the boundaries with traditional music-bands such as Silly Wizard, Battlefield Band, Jock Tamson’s Bairns, Drinkers Drouth, The Easy Club and me! Allan and I toured for many years, throughout the UK and US, with our unique blend of Scots and American traditional and original music and recorded three wonderful albums (one as duo, and two with our trio Hadden, Rothfield and Carr with Martin Hadden from the famed Scots band Silly Wizard). We explored many textures, rhythms and pushed the musical boundaries for sure. Audiences from both the Celtic and American old time/bluegrass scenes came to see us, which was really great! We also played on television and radio both in the UK and the States.

In addition to all my touring, I also do a lot of teaching of fiddle, clawhammer banjo, and guitar. I have taught at numerous camps and workshops including Festival of American Fiddle Tunes, Banjo Camp North, Midwest Banjo Camp, Old Songs Music Camps, Hoppin John and workshops throughout the US and Holland, Germany and the UK. It’s been great to meet and teach people who have a passion for old time music and to see them grow as musicians and have fun with old time music.

In 2014, I started my own old time music camps called Janie’s Jumpstart. I put on these camps in a private home setting featuring small classes, great teachers, delicious food and a focus on not only teaching the tunes, but how to play them better and with more musicality. Plus they are really, really fun. I have done these around US and look forward to doing them in other countries too! 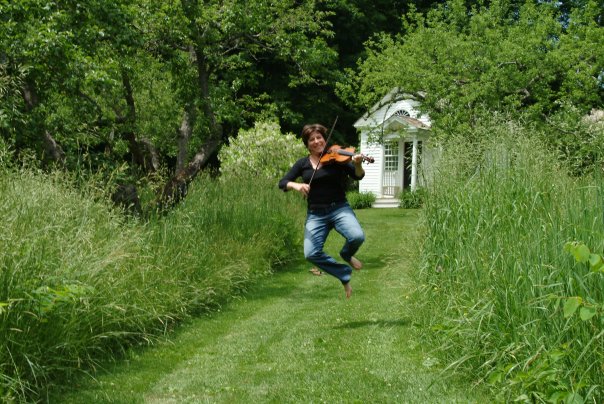 I have also had the pleasure of judging at Clifftop and Hoppin’ John contests and in summer of 2018, I placed 9thout of 150+ fiddlers at the Galax Old Time Fiddlers Convention, which was a thrill. I played the first tune I ever learned: Mississippi Sawyer!

The future for me includes continuing to tour and record with my various bands and as a solo artist. I am also planning on recording CDs featuring traditional music and the repertoire of Owen “Snake” Chapman from Eastern Kentucky, and my own original tunes.   I am working on holding many more Janie’s Jumpstart Weekend Camps in the US and to expand internationally with camps in Europe and beyond! I will also continue to teach privately and at other music camps and hopefully be inspired to create more new tunes and songs. Whew!

Be sure to check out more about Janie here: