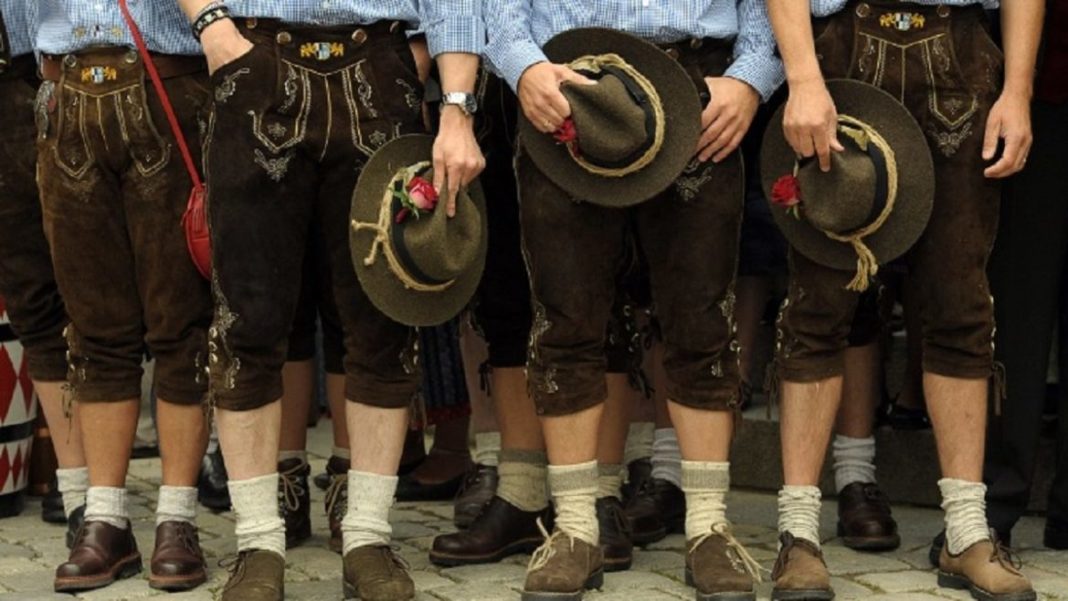 Oldtime backup guitar can play a variety of roles, depending a great deal on skill, setting, and personal preference. But first and foremost, it must lay down a strong rhythm, outline the harmony, and tell the listener when a chord change is coming up. A lot of the time, there’s no need for anything else. Here’s a great example.

The guitar backup we’re looking at comes from Pete McMahan. Now, it’s hard to think of two greater Midwest fiddlemasters than Herman Johnson and Pete McMahan. If you’re not from the region, these names may not mean much to you, but if you are, then you know full well who I’m talking about. And here McMahan is backing up Johnson at the long-running Bethel Youth Fiddle Camp, held in Shelby County, Missouri (1990). In other words, you have one of the most accomplished fiddle players of the region backing up another such giant on guitar. You better believe he knows the tune and knows how to make it sound great.

The chord changes are not complicated, and there isn’t even any difference between the A and B parts. What McMahan is doing is almost exclusively using an ascending chromatic movement to get to each new chord. So, for the G to C movement, the bass runs G, A, B and then to C. This climbs the G major scale which gives the chromatic B to C movement for the new C chord.

Then for the G to D chord movement, McMahan uses a chromatic movement B, C#, D to get to the D chord, now using tones from the D major scale to get that clear C# to D movement as he goes to the D chord.

If it ain’t broke, don’t fix it. So, to get from the D to the G chord, McMahan does the same basic movement again playing E, F#, G to create yet another chromatic walk up to the G chord.

The only regular exception to this ascending chromatic movement is McMahan’s playing over the D chord in the penultimate measure of each line, where he most often plays D to A and then down to the open E for the walk up to G (e.g. M7-8). As simple as this may seem at first glance, it’s very effective. Why? First of all it’s different than the pattern used elsewhere in his backup, so it tells the listener, however subtly, that something else is going on here. Namely, the phrase is about to end and a new one will begin. Also, it gives McMahan a simple, consistent way to get back down from the highest bass note in the tune, the open D string, to the lowest, the G played on the E string.

The final aspect of McMahan’s playing that demands attention is his use of variation. Musical variation is a funny beast. If you do exactly the same thing over and over again, then most listeners will quickly tire of the pattern. The answer is obviously to change things up a bit. But how much? In most cases, far less than one might first think. The boredom a listener might experience from exact repetition is easily soothed by just two or three simple variations.

See for instance how McMahan handles the second measure of each phrase (M2, M10, M18, M26). In M2 and M18 he goes up to the E and then simply on to the G root of the next chord. In M10 he goes down to the low, open E and then uses the chromatic walk up to the G. And in M26 he decides to just leave the C chord change out altogether and keep on the G until M28 when the D comes around again.

These are very subtle variations, but they are essential to bringing it all together, creating a real conversation with the fiddle and the listener, and making music happen.

Oldtime backup guitar is the foundation of many sessions, and the foundation is not usually the place to get too fancy. If you’re a player who has mastered alternating I and V bass notes over the standard chords or maybe have one or two simple bass runs in your repertoire, then this is a great example to study and see how just a bit more variation and thought can push your playing to the next level.