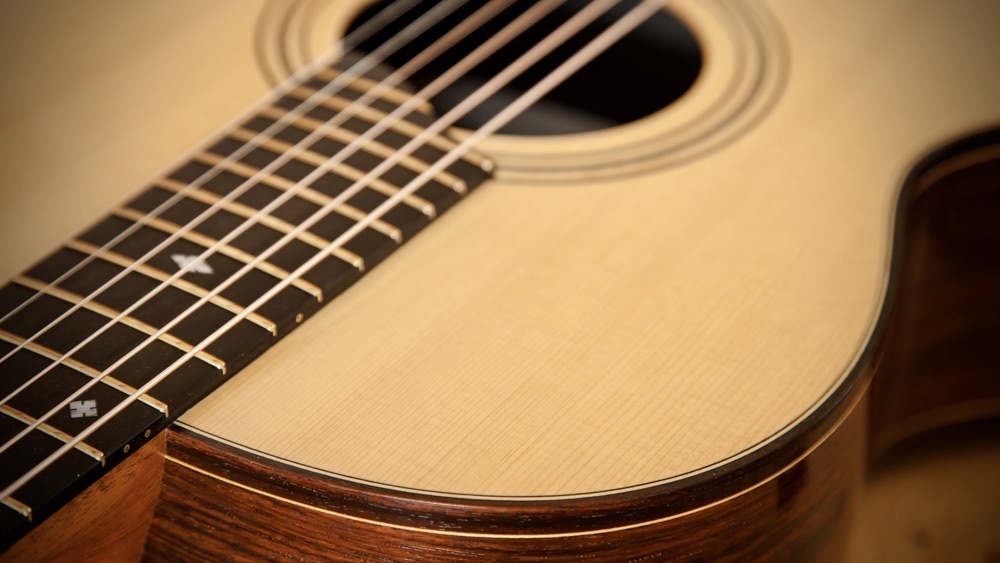 North Carolina Breakdown is thought to have been written by Fiddlin’ Arthur Smith, one of Tennessee’s greatest fiddlers (1898-1971). While Arthur’s heyday was primarily from the 1920s-1950, he returned to the studio in 1962 to make an album with his son Ernest Smith – the primary source for this popular tune. The album – Fiddlin’ Arthur Smith and the Dixieliners: Rare Old Time Fiddle Tunes – contains a mixture of tunes spanning bluegrass and oldtime, but this tune is the one track that has clearly become widespread among contemporary oldtime players.

Of course Arthur’s fiddling has received the lion’s share of attention on this track, but Ernest’s guitar playing deserves close listening as well. The sparse instrumentation gives Ernest plenty of room to interact with the fiddle. Treading a fine line between a minimalist approach that hews closely to outlining chords and establishing the rhythm and the maximalist approach one hears in Riley Puckett, Ernest does a fine job of setting the groove while also injecting variety in his bass runs and rhythmic choices.

If you’re a TAB person, then feel free to check out this transcription and listen to what jumps out at you. A great deal of learning to play oldtime backup guitar well is listening: listening to what other players are doing that catches your ear, listening to the chord changes, and listening to the groove. Transcriptions are not intended as a substitute for listening, but as a support. But for those who are somewhat more analytical in their approach, it’s worthwhile to look more closely at a couple things Ernest has going on here.

To many other instrumentalists an oldtime backup guitar player is essentially either good or not; finer differences in their style or approach are not part of the equation. This is a shame because there are many different ways to perform the basic role of the guitar while also expressing a unique musical voice. Ernest Smith is using a core backup style common in both oldtime and bluegrass. Here’s a basic version of that formula.

So far so good. But there are additional quirks here in Ernest Smith’s playing that make it far more than run of the mill. Let’s look at what makes it so cool.

The most obvious is the use of the E major on the B part of the tune. According to the rules of diatonic harmony, the VI chord in G should be an E minor. But it is not uncommon to hear the pleasantly jarring quality of the VI major as here instead. This is a fun tool to have in one’s toolbox, as the VI major can be used as a substitute for the I, especially in the B parts of tunes to create contrast or for a single chorus of a tune that is otherwise very I heavy. (Try it on the B part of Cripple Creek, for example. But don’t tell anyone I suggested it!)

That said, it really is so jarring that this should be used sparingly and at your own risk. This is serious pineapple-on-pizza territory – some people love it, others hate it!

As stated in the formula above (Rules #2 and #4), a very common way of changing from one chord to another is to find a simple scalar or chromatic movement from a chord tone of one chord to the tonic of the next, often using three or more consecutive quarter notes. See, for example, how he gets from the G to the D chords in measures 3 and 4. The first two notes are chord tones of G (G being the tonic and B the third) followed by a chromatic movement from the B to the D, which is the final destination (C, C#, D).

In contrast, at the beginning of the B part, Smith uses an interesting alternative to this basic pattern. This three-note run doesn’t move in one direction – just up or just down to the next chord’s tonic – but it encircles the G, playing a note above it (A) and below it (F#) just before the tonic (G). A small difference? Sure. But this is precisely the subtlety that great oldtime guitar plays at.

Exactly the same idea of encircling the tonic could be used to creates runs in many other contexts. For instance, when moving from a D to a G chord as in this example below. This is not a particularly common way of getting to the tonic, but it’s cool and fun to have in your toolbox.

Moving upwards chromatically towards a new tonic is far more common than descending. But descending can be a cool trick to have too. Generally this involves playing a scalar tone on a strong beat (1 or 3) while playing the chromatic tone on a weak one, as in this common way of getting from a G to a D chord.

In this example the bass run moves from the sixth of the G chord (the E) chromatically down to the D, with the more tension filled note (the Eb) on a weak beat.

Ernest Smith, however, breaks this convention in measure 22 by playing a chromatic leading tone on a strong beat, giving special emphasis to the upcoming chord change.

There’s plenty more than could be said about just this one chorus of Ernest Smith’s backup guitar playing, but I hope the general point is clear. Oldtime backup guitar is a wonderfully fun, subtle, and creative art form to which more attention need be paid.

This is just the first in a series of lessons, so hopefully over the course of this year we’ll be able to dig deeper into that rich soil.